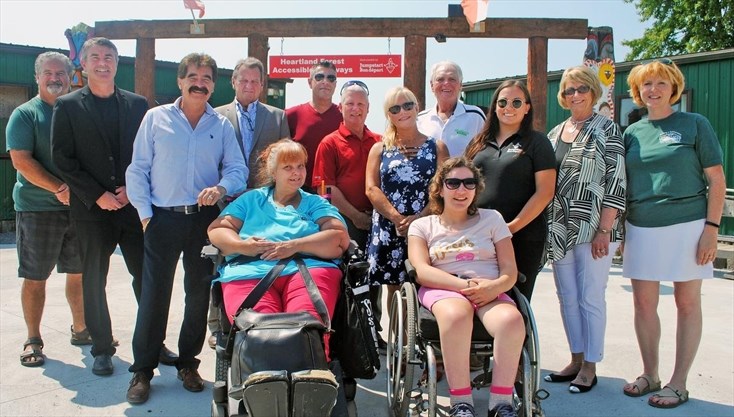 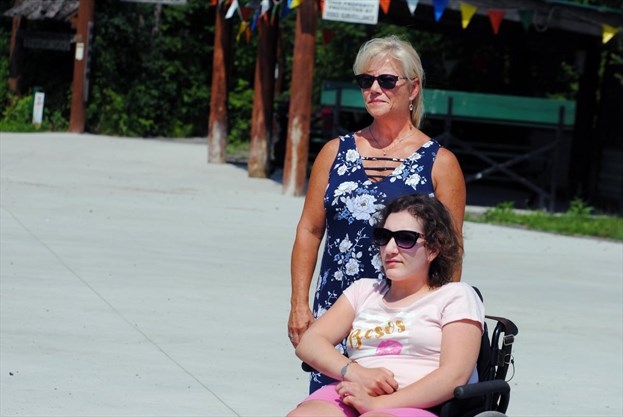 Anastasia Krowchuk and her mom Janet of Chippawa are shown at Heartland Forest on Thursday, when new accessible concrete pathways were unveiled. Anastasia, who was paralyzed at age seven from a virus, has enjoyed the nature haven for years. – Paul Forsyth , Torstar 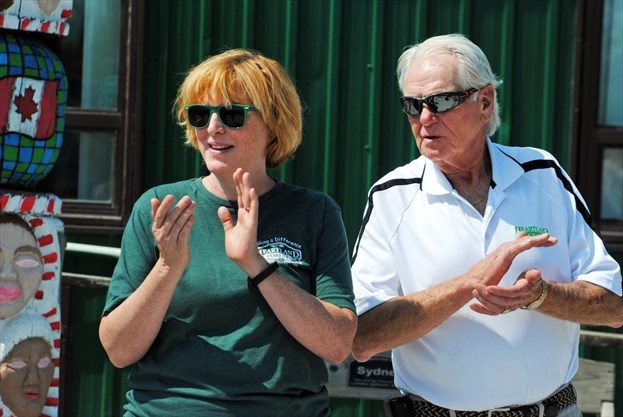 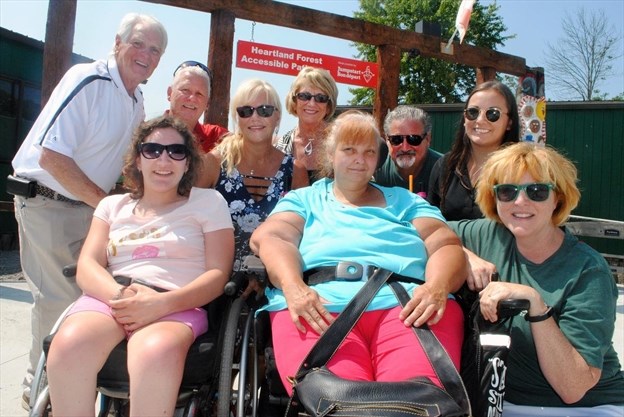 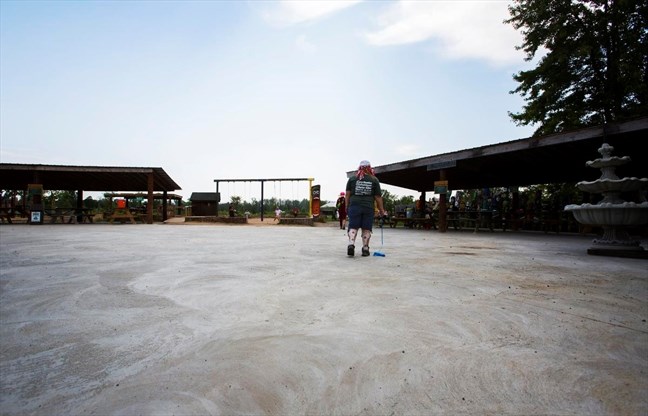 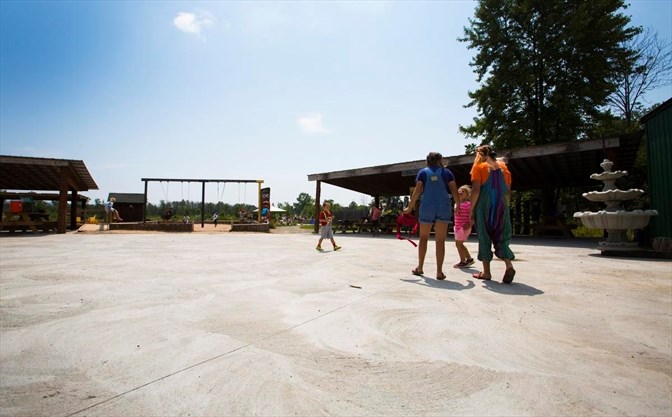 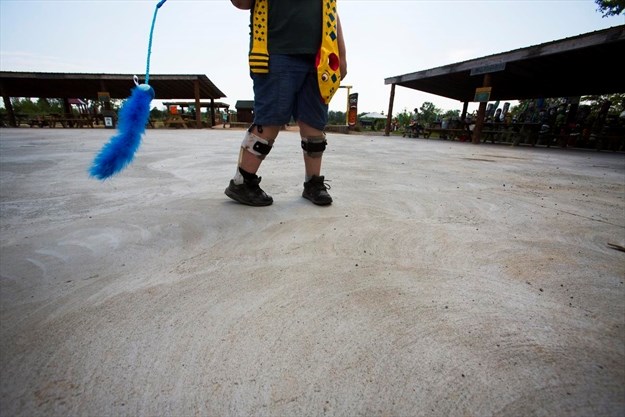 Brianna DiDomenico stands on newly poured concrete has made the paths at Heartland Forest more accessible. In addition to the concrete, the playground was re-built with mulch that is easier to push a wheelchair over making the playground more accessible as well. There is still a small part of the playground that needs to be added to increase the accessibilty but that will be done soon. Photo taken on Friday. – Julie Jocsak , Torstar 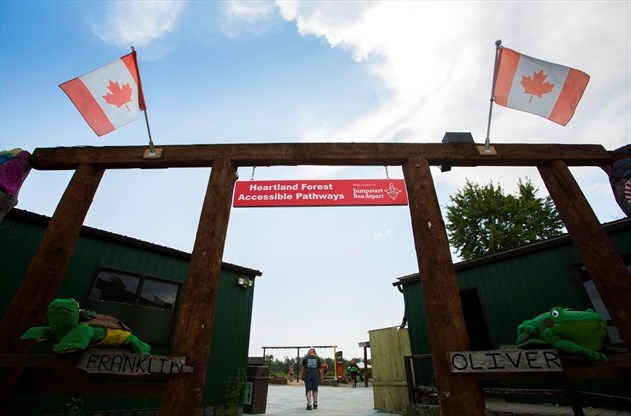 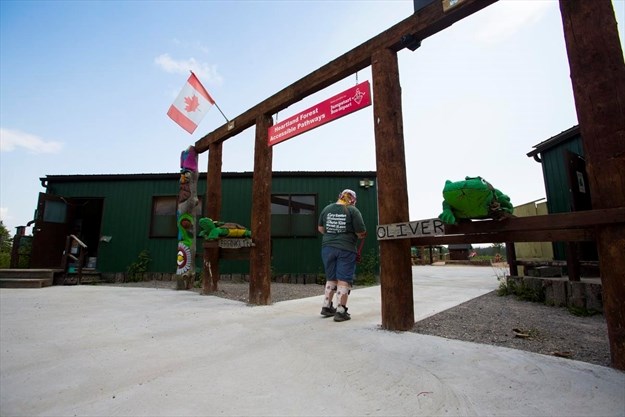 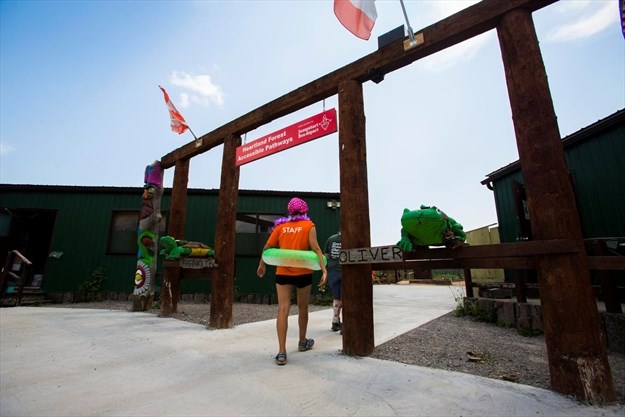 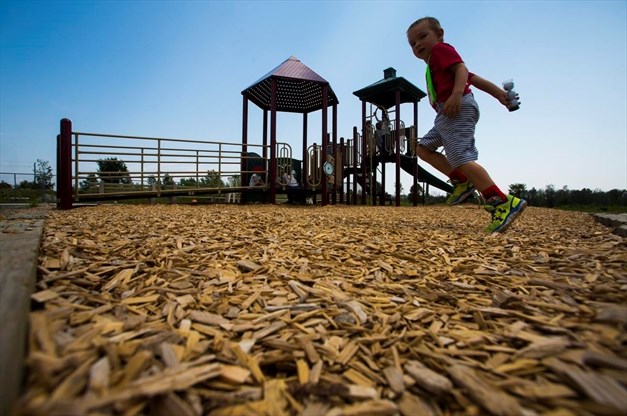 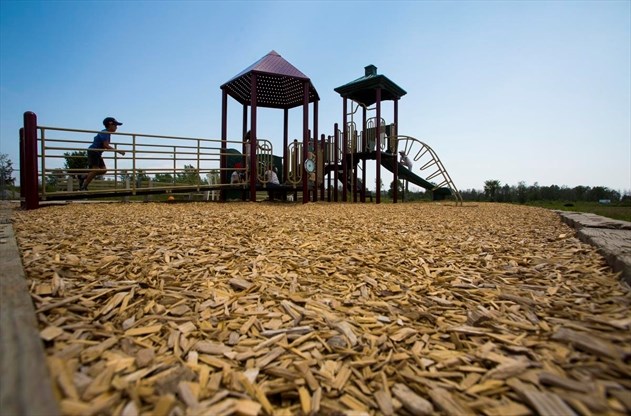 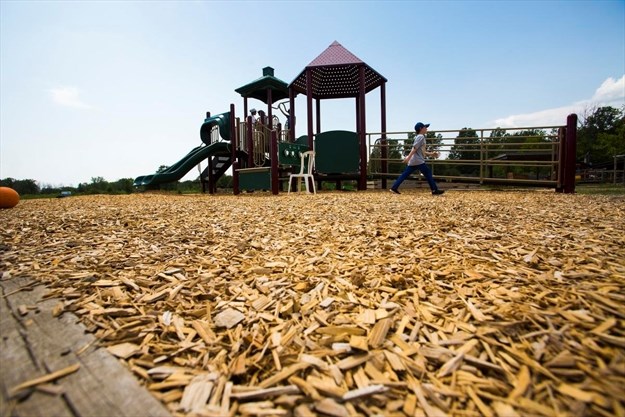 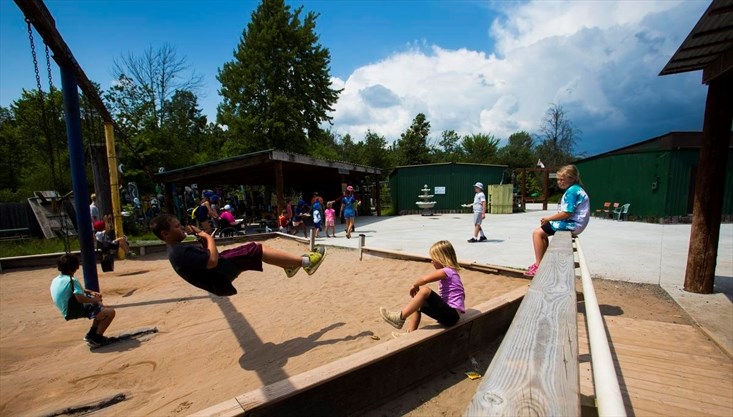 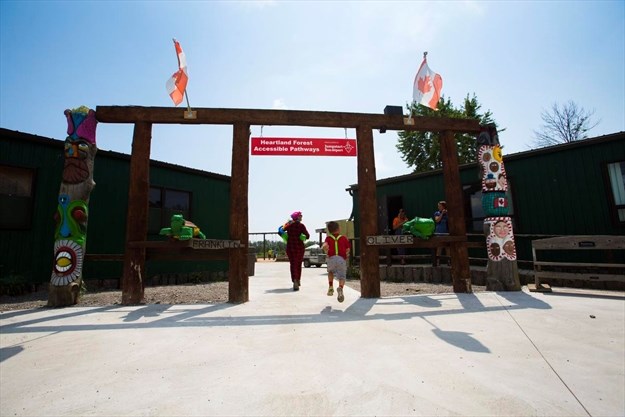 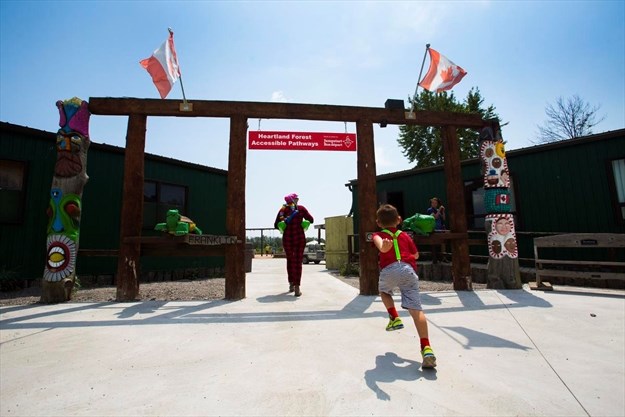 Heartland Forest has given so much to Anastasia Krowchuk that she thought it was important to give back.

She has to admit, though, that she had a vested interest in penning a letter, along with her mom Janet, in support of a grant submission from Heartland to Canadian Tire Jumpstart Charities.

Anastasia, who was left paralyzed at age seven by a virus, needs a wheelchair to get around, and the pathways connecting various site pavilions throughout the outdoor centre at Heartland had pebbles that required someone to push her to get around.

With the personal story from Anastasia and her mom, Heartland was successful in landing a $48,000 grant from Jumpstart Charities to have new concrete pathways connecting the pavilions installed.

“It helps me to get around,” she said. “I can do it on my own. I can have independence.”

Anastasia and her mom, whose Chippawa family also supports Heartland Forest financially, joined dignitaries and Heartland founder Dan Bouwman at the accessible nature haven on Thursday to give community recognition to the Jumpstart donation’s impact.

In announcing the successful bid by Heartland in May, Jumpstart Charities president Scott Fraser said his organization was sold by Bouwman’s philosophy of making nature accessible to all, regardless of their mobility.

“We are proud to support Heartland Forest’s pursuit of making their recreation programming even more accessible to kids of all abilities,” he said.

Janet Krowchuk said Heartland has played a central role in the life of her daughter since she became paralyzed. Anastasia spends weeks at camp there every year, enjoys accessible swings and merry-go-round, and striking up friendships. She also likes the Wednesday water fights with wet sponges.

“She can go through the forest and see the animals,” said Janet. “There’s not many places where we can walk through a forest.”

Heartland executive director Elisabeth Graham told Anastasia she epitomizes what Heartland is all about.

“You are our motivation for everything that happens here,” she said.

Heartland receptionist Renata Gawel, who also uses a wheelchair, said it’s a pleasure to come to work and see the impact the haven has on people like Anastasia. “She just lights up,” she said.

Bouwman said it’s the army of volunteers, donors and sponsors who make Heartland possible. “It’s all about making a difference and caring for others,” he said.

Now kids in wheelchairs will be able to get around between the pavilions on their own, said Bouwman.

“It’s such a difference in their lives now that they can get out without struggling.”

Harry Bell, Jumpstart regional manager, said in an interview that Heartland has a positive impact on so many young people, including those with disabilities.

“They’re still evolving and growing,” he said. “For us to be part of that process is great. It’s very important.”

Heartland Forest has interactive programs such as environmental education and inclusive adventure camps; adaptable fitness and sports activities for children, adults and seniors; brain injury rehabilitation; and more. It services tens of thousands of people a year.

Jumpstart accessibility grants help with the costs of construction and renovations to improve physical accessibility to — and inclusivity in — recreation facilities.

Paul Forsyth is a veteran of more than 30 years of community journalism who covers a wide range of issues in Niagara Falls and other parts of south Niagara, as well as topics of regional significance in Niagara.